Warning: "continue" targeting switch is equivalent to "break". Did you mean to use "continue 2"? in /home/katinasklioshe/domains/luk.lt/public_html/wp-content/plugins/qtranslate-x/qtranslate_frontend.php on line 497
 Crowd – LUK.LT
Skip to content I got obsessed with sorting things. This post is about crowds of animals which during the years became almost my trademark or how they call it. 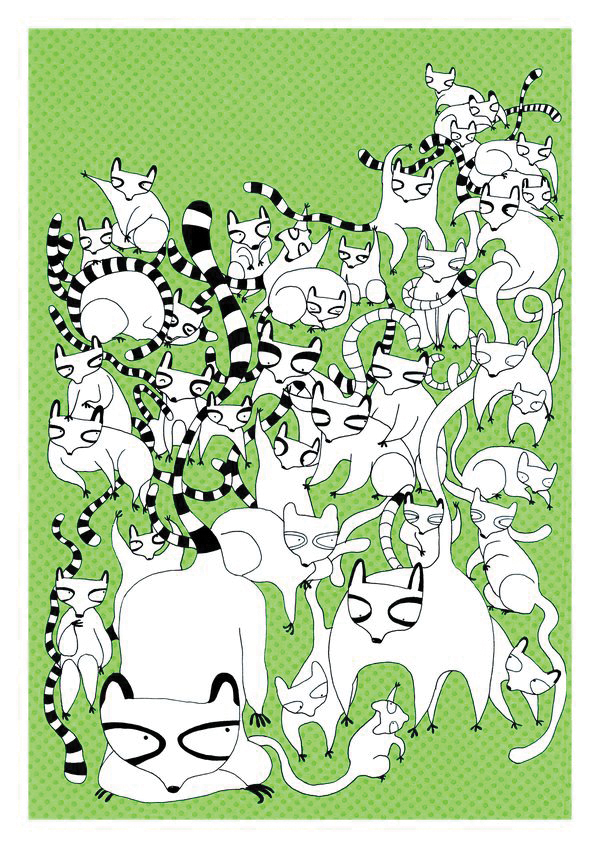 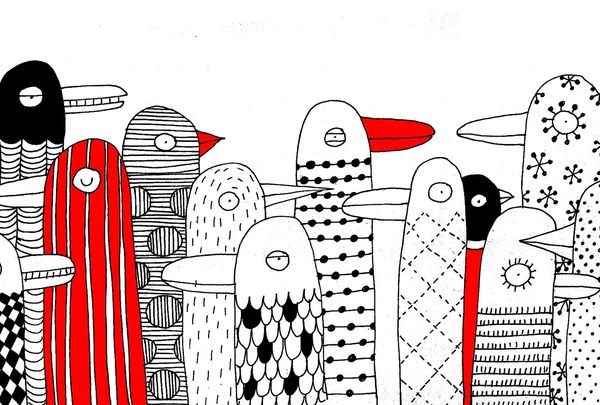 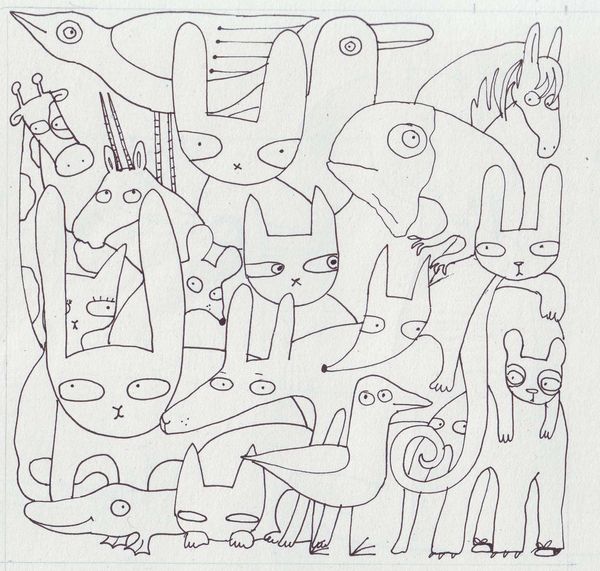 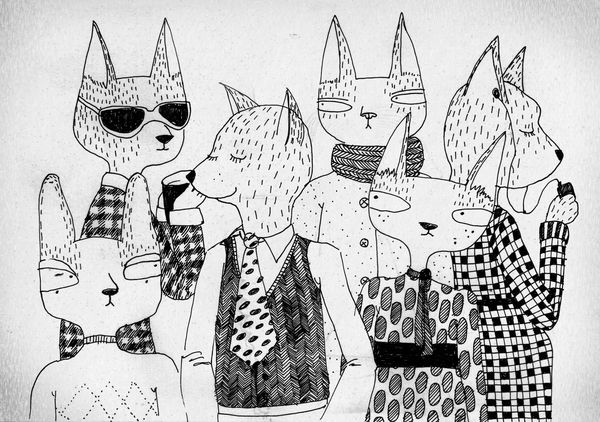 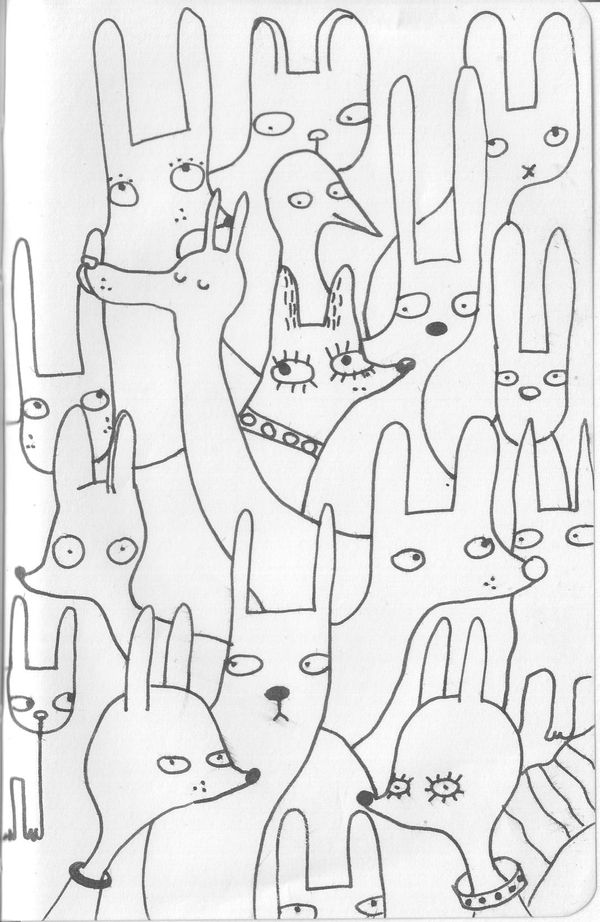 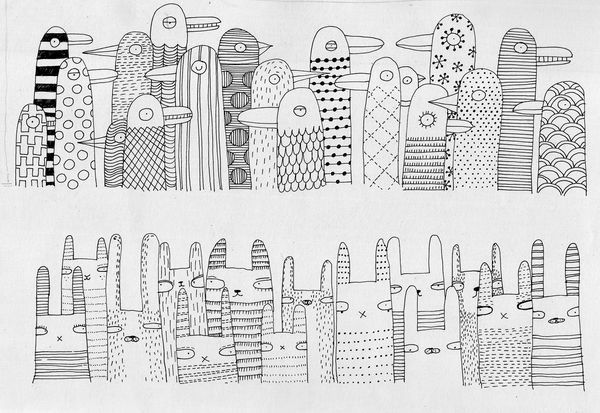 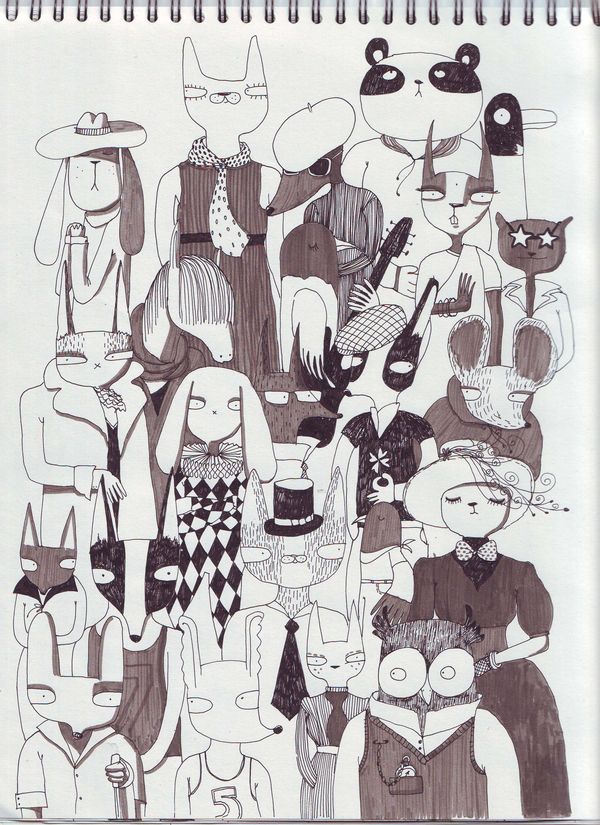 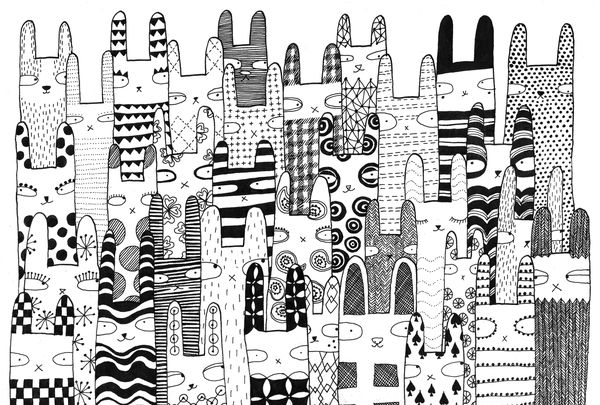 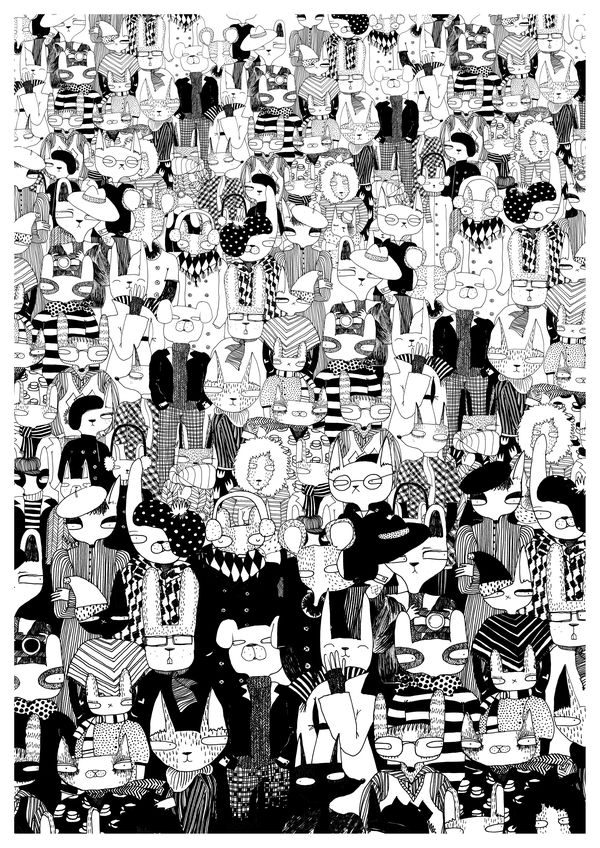 This design was printed as an Avant Card. 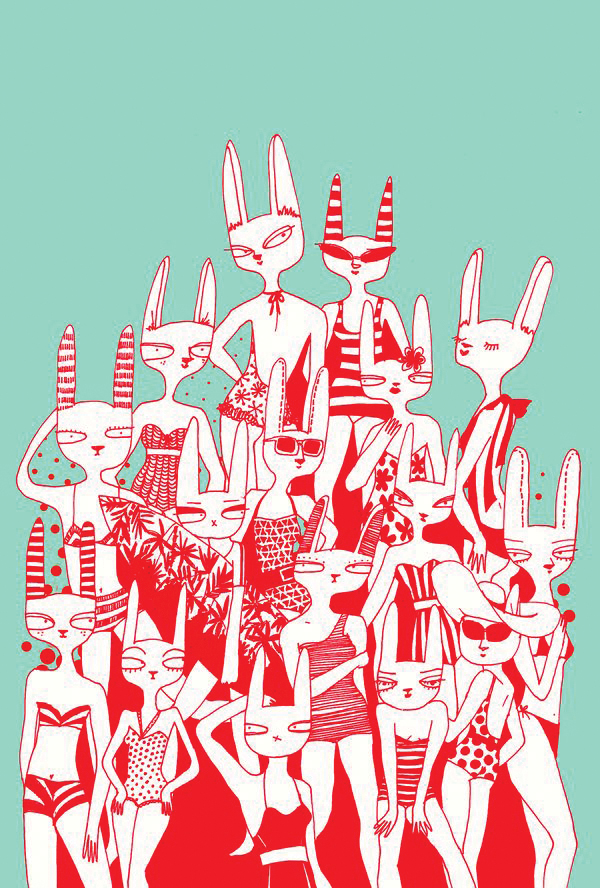 Bikini babes sketch for a t-shirt which I never finished… 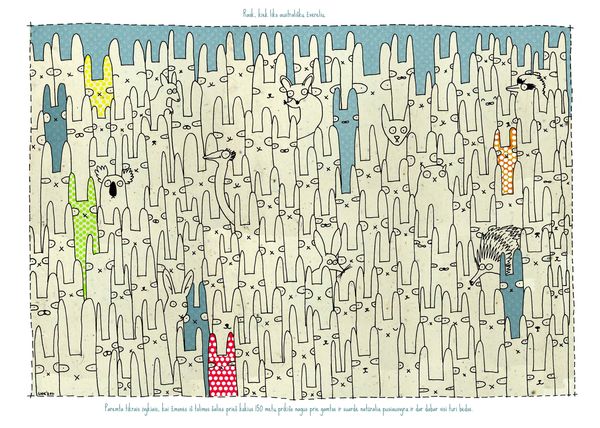 This is a page from a comic story. 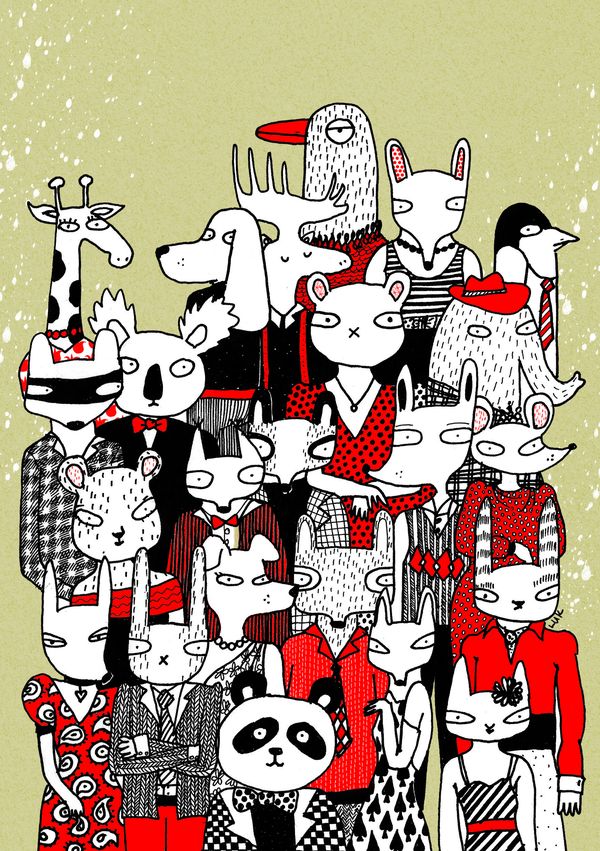 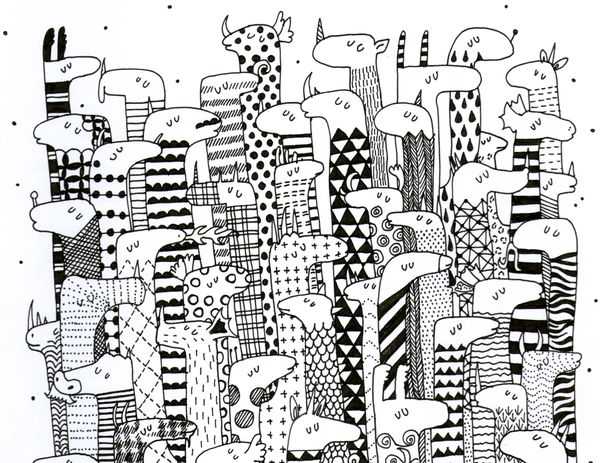 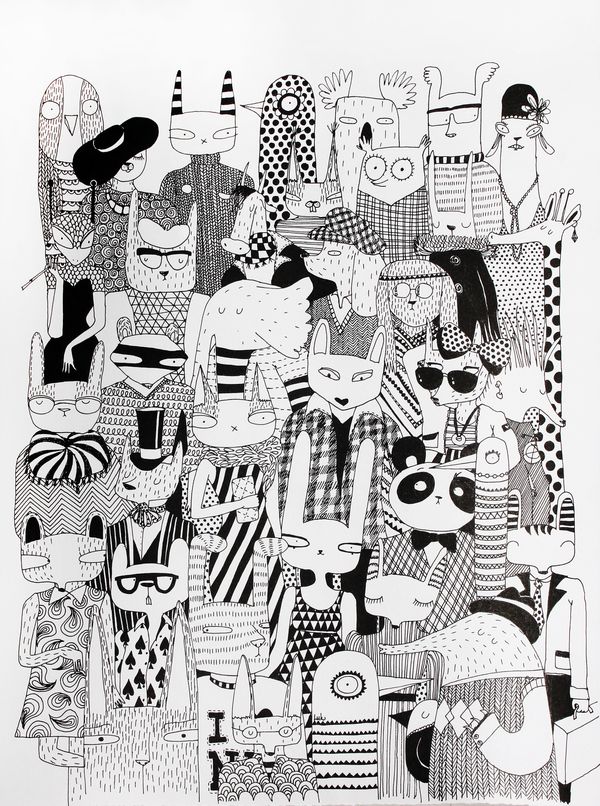 Now, looking back I notice, how the lines got clearer/cleaner. If I wanted to colour something with computer, it is always easy to do so with sharp lines. Obsessed with patterns.

It was a banner on FB I think. 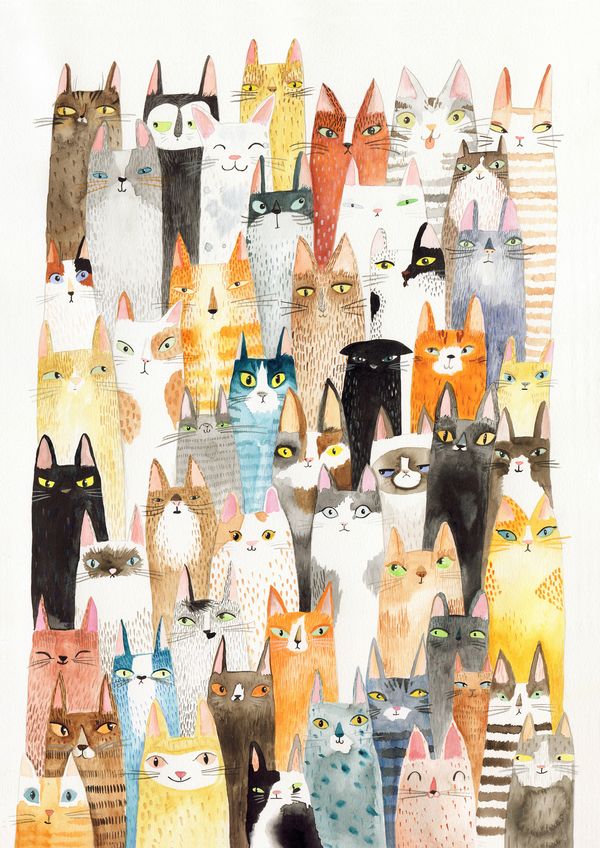 I love line art, but it was time when I rediscovered the watercolour. 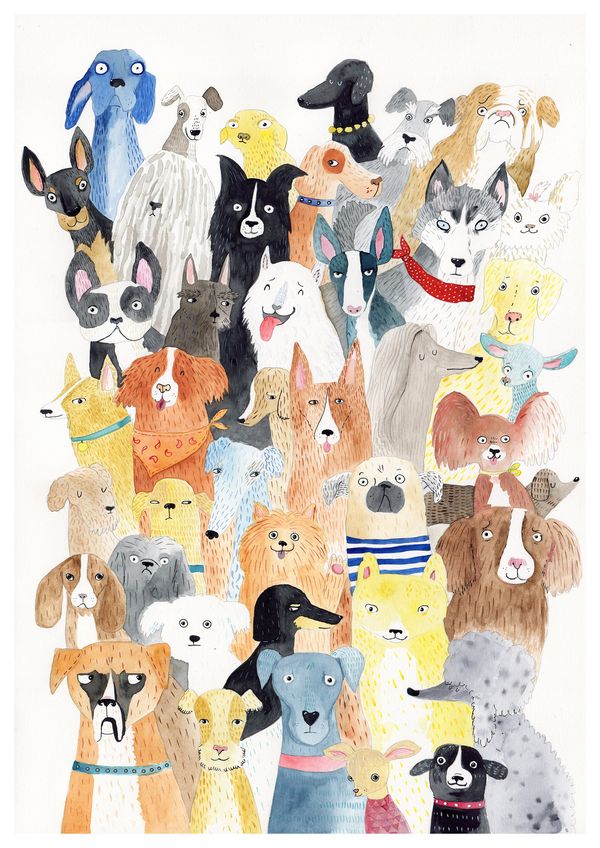 Cat drawing was very succesfull and I kept getting requests for a dog version. 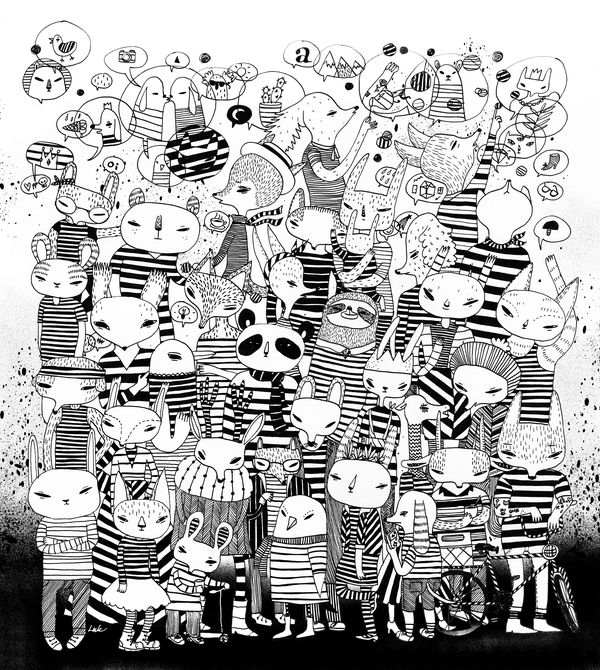 A very recent version. I probably finished it in the late 2014, though.